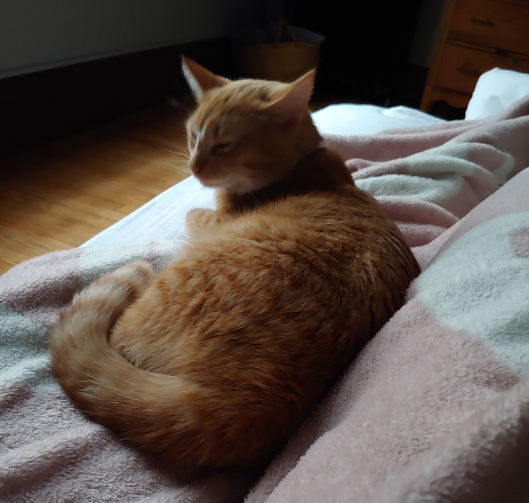 This is Marmalade, who we adopted back in April of 2019 from RT. Since then, she’s moved houses three times, and gained a big and little sister, and is now almost a year old! It took an adjustment period for both, but the three of them get along just fine now. We also learned that Marm loves faucets, thinks that she has to save you from a bath, is a food beggar, and loves to cuddle. Wouldn’t give her up for anything!