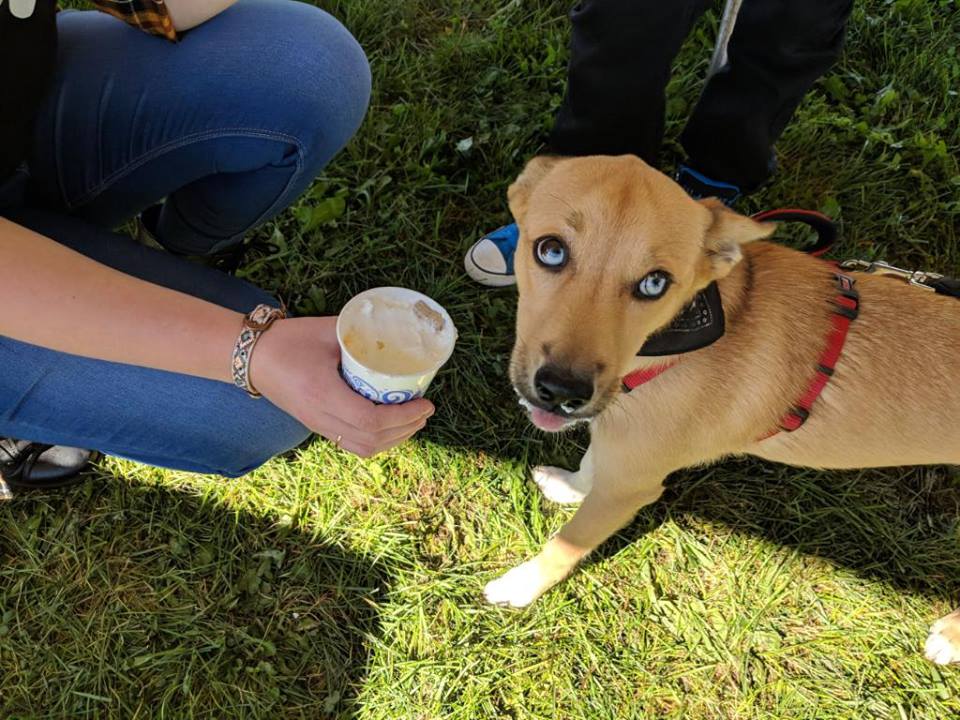 This is Elvis! He’s been with us for three months after we adopted him from rescued treasures when he was two months old. He was tied outside at an overcrowded shelter down south before rescued treasures saved him. Now he loves cuddling on the couch with the crochet blankets, eating fish, and playing with his big sister Butterscotch. He goes everywhere with us but he especially enjoyed barktober fest where he had his first pup-kin spice latte!