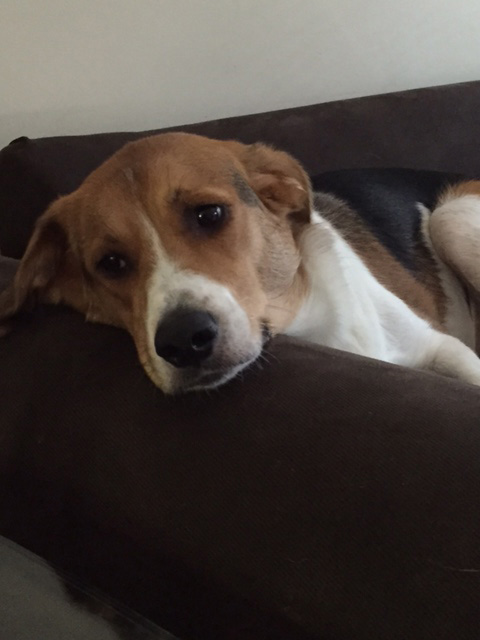 I have attached a picture of Chase and one of Chase and his BFF (brother Cody).  I adopted Chase in February 2015 after I lost my 11 year Doberman-hound mix in October of 2014. I wasn’t going to get another pup but my other guy was crying all the time.  Now we can’t imagine life without him.  He is a spunky boy whose nose is always to the ground. His brother is now acting like a 2 year old instead of a 10 year old.  I couldn’t ask for a better addition to my little family!   Thank you!